I was recently asked to present a lightning talk at our monthly UX Glasgow meet-ups.

The brief was very simple. You can talk about anything relevant to UX and you have exactly 5 mins to present no more than 5 slides.

The 11 between the A & the Y comes from the number of characters between the letters A & Y in the word Accessibility ('ccessibilit').

Here's what I talked about

My son was born with a disability several years ago, so that really shone a light on the issue for me. I remember thinking how am I going to make his future (and others) that bit easier?

"Today, my dad cried over the phone, he wanted one week where he could use his computer without my help. He's blind. Each inaccessible webpage tells him, 'you aren't welcome in this world'."

She goes on to say If you don't know whether your website or app is accessible: it's not. Start Learning.

So what is accessibility? 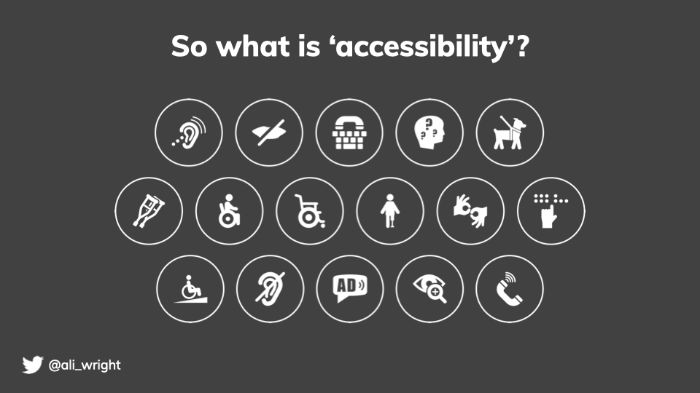 Web accessibility encompasses all disabilities that affect access to the Web or apps, including:

However, we often assume that accessibility means catering for those registered disabled, but accessibility also benefits people without disabilities, for example:

Why is addressing it so important? 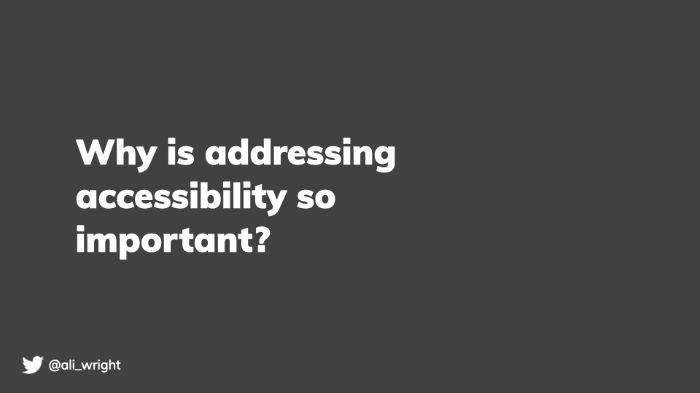 In 2019, the number of disabled adults who were recent internet users reached over 10 million for the first time.

According to the ONS, while almost all households had access to the internet, 7% did not. Some of the factors of why this is, is a lack of skills, and privacy or security concerns.

Some business cases to embrace accessibility are:

My experiences with accessibility testing

Top tip? Use humans! Automated accessibility tools only pick up about 20% of issues. I'm really lucky that the project I am on just now acknowledges the benefits of this. 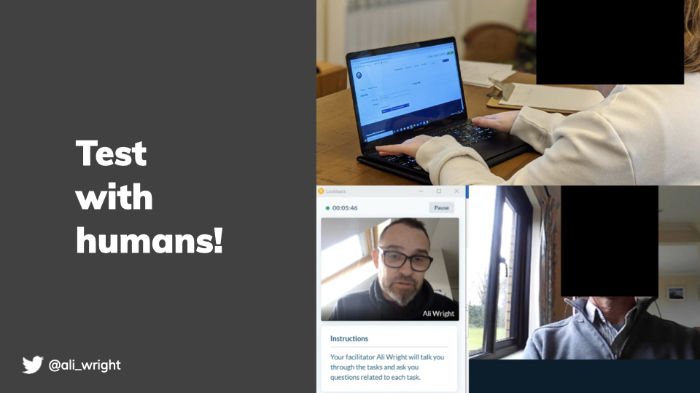 We use a firm called Taylor McKenzie , who specialise in recruiting for this purpose. We make sure to recruit a good spread of participants. So far we have tested with those with visual impairments, ADHD, dyslexia, MS, Asperger's Syndrome, to name but a few

We started off with in-person testing at their offices. Participants brought in their own laptops so they were comfortable with their setups. What surprised me during these tests was how differently participants used their screen readers! One person had their screen reader read everything really quickly, but they still managed to pick out the information they needed.

Lockdown has forced us to move to testing online, which has worked pretty well! We're using a tool called Lookback. So lockdown doesn't offer any excuses to postpone testing! That's not to say it hasn't presented its own problems…

One visually impaired user could not close Chrome's save password box (they weren't even aware it was there), so after several attempts at trying to close it, we had to perform the test with this overlaid:

I discovered that participants using screen readers can't hear me talk whilst it reads back information. Once we realised that, the session seemed to flow better!

So you think you are an expert? 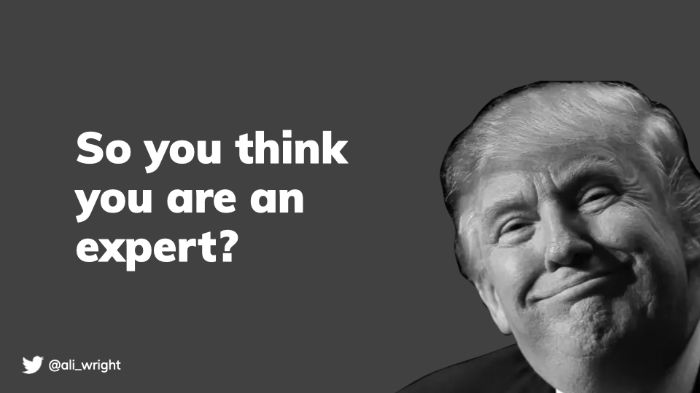 You can read up the WCAG guidance (which aren't particularly accessible IMHO!), or the fantastic research already done by the Government Digital Service ("GDS") and Digital First Service Standard teams—and easily think you know everything—the research has all be done! But there are always new discoveries with elements that we hadn't been expecting, such as with tables. A Dyslexic participant commented on table column names - lots of text meant varying heights which they found distracting, and how those using screen readers really don't seem to be fans of tables at all!

I played some highlights of testing back to the product owners as part of my initial reports, and they thought that it was great - really gained more buy-in.

We also performed really well on the back of this in our Alpha assessment by the Digital First team, which leaned heavily on accessibility. So now my client is more than happy to pay for rounds of accessibility testing with Taylor Mac in every 3 week sprint cycle of the Beta phase!

As Laura Kalbag says, author of Accessibility for Everyone - Web accessibility is the responsibility of everyone who has a hand in the design of a site...

The banner image is originally a photo by Sigmund on Unsplash