How did I become a front-end developer?

It's funny how things come about. During high school I wanted to be an architect (I was particularly adept at 'technical drawing').

Unfortunately my two work placements at school were to the council's planning department, and to a very old-fashioned architect's firm, of which they really didn't know what to do with me. It then transpired I felt it was better to pursue Art & Design as a whole.

The more I got into music, the more I started appreciating record sleeve design. When one of my favourite bands (Verve) released a single with the designer's details on the reverse, I wrote him a letter (this was before email took off!). To my surprise he phoned me out of the blue! It was Brian Cannon of Microdot (I guess typical fans write letters to the band members…). For a while we'd occasionally chat over the phone, with him revealing how he went about designing (The) Verve and Oasis's record sleeves. I loved the combination of photography & design. 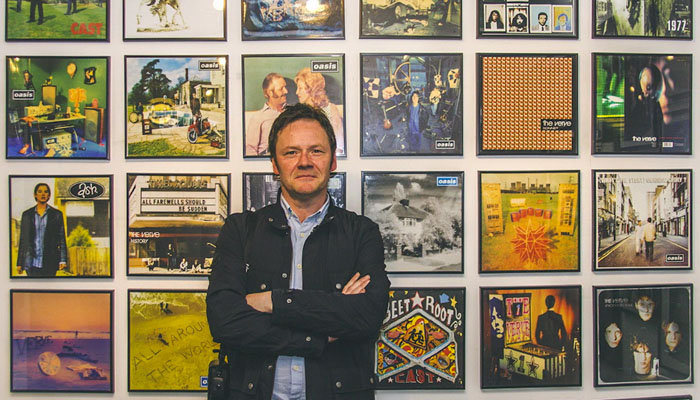 Then however, over time my design education took me into the realm of marketing. At college, to help supplement my meagre income flipping burgers at a well-known fast food joint, I used to take photos at gigs around Edinburgh & sell them to the band members…

After college I found myself working at a digital print shop. It consisted mainly of printing and providing an in-house graphic design service. I also used these skills to help market our branch. By then the internet was really starting to take off. I had a Mac Performa at home, and started playing around with web design. It really was basic stuff back then. Slicing an image up into individual cells in a fixed width table, and a choice of about 5 fonts and a minimal colour palette! But businesses started realising they needed a web presence, even though online shopping was still in its infancy.

My first proper web design gig was through friend in London, asking me if I would finish off their company website. The previous designer had gone AWOL, and would I step in. A few months later was offered a full time job with them! Over the next 12 years they gave me the opportunity to learn all sorts of skills, from back-end technology such as PHP & MySQL, through to front-end, including Flash/Actionscript & Javascript. So I was really developing into a full stack developer during my time there.

From there, I moved on to a similarly-minded company, where I have been honing my front-end skills. It constantly feels like I am playing catch-up with all the new web technologies coming out, seemingly every day. So I hope to use my site to at least dip my toes in ones that I feel would be most suitable, and using that knowledge to help best decide if any of it can be used, and in what way.